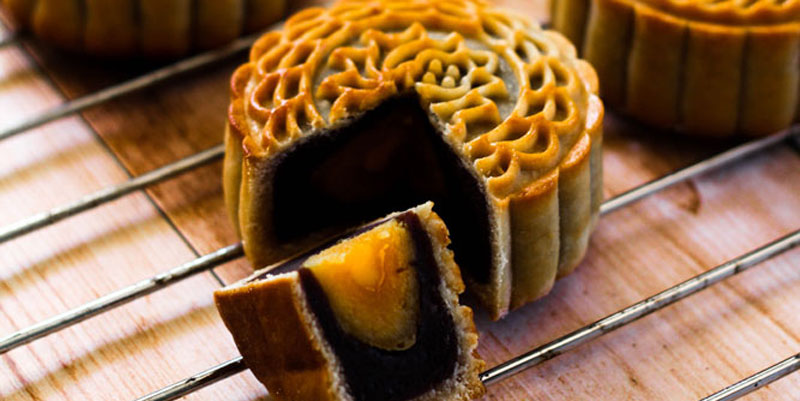 Have you ever heard of Mid-Autumn Festival or Moon Festival? If this is the first time you hear the term, this article is the all-in-one you need! Read to find out about the origin, meaning, and how to celebrate one of the three major holidays of Chinese culture! A Taiwanese twist will also add up the attraction if you are lucky enough to be travelling in Taiwan at this season.


Throughout its 5000 years of rich history, and as a result of selective assimilation of certain cultures into the various dynasties, each with their own, differing culture, the Chinese celebrate a variety of festivals following the Gregorian calendar, which is referred more commonly in Asia as the lunar calendar.

Due to the historical influence that China once had on neighboring countries such as Korea, Japan and Vietnam, as well as over the large population of Chinese expatriates to Southeast Asian nations like Malaysia and the Philippines, Chinese festivals are now celebrated nearly ubiquitously all around the world. A number of countries in the west have even incorporated certain Chinese celebrations as government holidays, with New York being the latest city to officially recognize the Chinese Lunar New Year as a day of celebration within the city. Currently, the Lunar New Year is the most well-known and important Chinese holiday, as it heralds the coming of spring, and is celebrated with week-long festivities where friends and families are encouraged to visit one another. However, aside from the spring holiday, there is another festival on the lunar calendar that is widely recognized in the East, and whose significance is quite similar to the New Year: The Mid-Autumn Festival.

As with all cultures, the season of spring is not only a time when flowers bloom. It’s also a time when farmers plant their crops and tend their fields so that they may harvest the bounty of their hard work in the autumn. A harvest often gives farmers a huge growth in food and wealth, which gives birth to numerous autumn harvest festivals to various civilizations. The more well-known harvest festivals today include the international celebration of Halloween, the Tsukimi Festival in Japan, the Chuseok in Korea, and the Mid-Autumn Festival that is celebrated in parts of Asia populated by the Chinese. As a result of historical and cross-cultural influences, most Asian harvest festivals like the Tsukimi include the viewing and appreciation of the full moon, as the tradition originated from the Chinese Mid-Autumn Festival, which is also known as the Mooncake Festival in English-speaking Asia.

So what does the autumn moon have to do with the harvest? Unlike the other orb dangling above our heads unwaveringly all day long, the moon changes its face throughout the month. As the Chinese word for circle is a homophone of the Chinese word for unity, the full moon in the middle of autumn is the metaphorical representation of wholeness, because mid-autumn is when the moon is at its fullest and brightest all year. Thus, the Mid-Autumn Festival was created to bring families together once again under the full moon to enjoy the harvest.

Variations across the Community

While the majority of the traditions and rituals observed during the Mid-Autumn Festival are the same for all Chinese groups around the world, there are minor differences as a result of geographical location and cultural integration. The most notable contrast is the use of lanterns during the festival. Through time, the southern provinces of China have adopted the carrying of lanterns during the celebration as the warmth of candlelight arguably shares similar attributes with moonlight. However, lanterns are only used in the northern provinces of China during the lantern festival, where lanterns are used in conjunction with riddles for an enjoyable holiday. 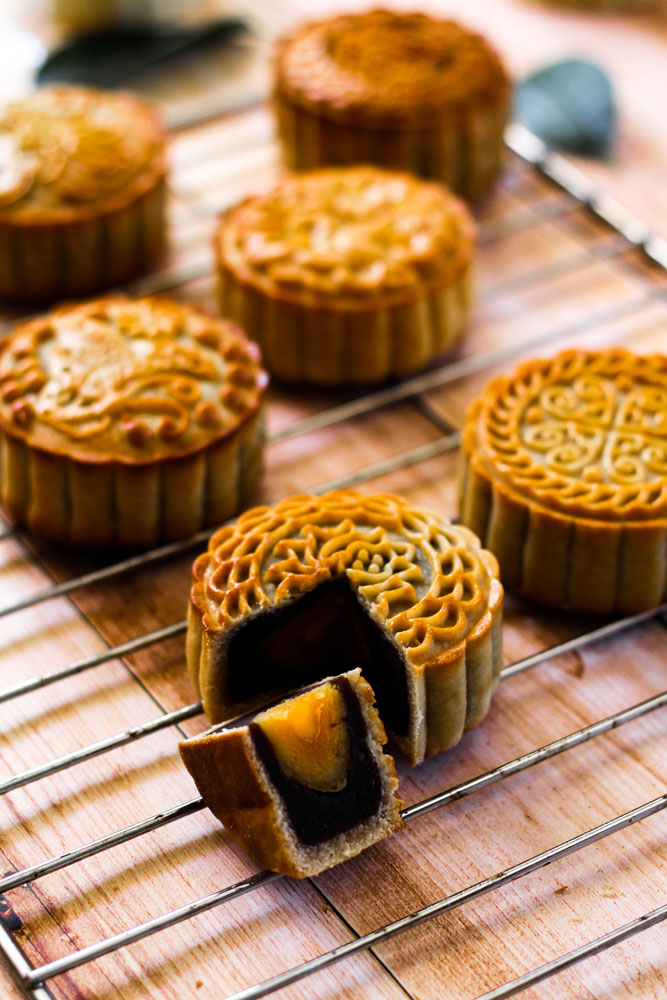 The disparity in practice is the reason why lanterns are commonly sold during the Mid-Autumn Festival in Southeast Asia, as the majority of the Chinese immigrants to the tropical countries originate from the southern Chinese provinces of Fujian, Canton and Teochew. Mooncakes consumed during the celebration have also been modified to tailor to local palettes, such as the halal kaya flavored mooncakes that are safe for Muslims to consume in Malaysia. The Chinese Filipino community also celebrates the festival in their own unique way, with the historical game of “Pua Tiong Chiu” acting as the staple activity. The game dates back to a Mid-Autumn Festival in the 1600s, and is seldom observed by Chinese people living in the eastern part of Asia.

As a result of regional variations to the festival, Chinese people from different parts of the world often find each other hilariously amusing when attending lunar festivals such as the Mid-Autumn Festival together. It is not uncommon for people in Taiwan to look bewildered when their friends from Hong Kong ask them where they might procure a lantern to celebrate the Mooncake Festival in Taiwan. 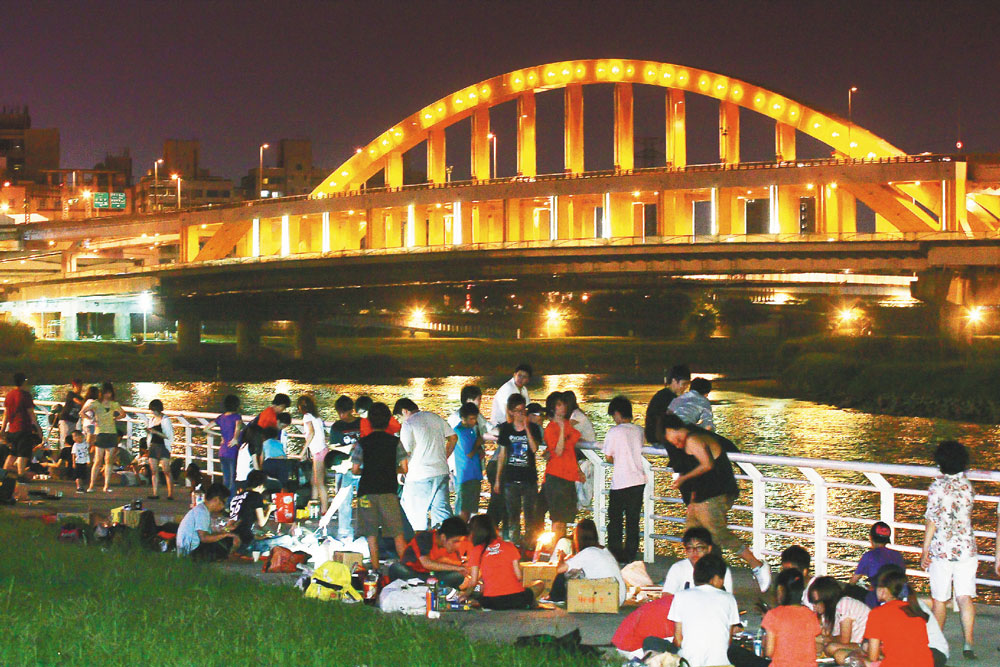 Just like our Chinese brethren who are dwelling elsewhere around the globe, Taiwan also celebrates the Mid-Autumn Festival, but with our own regional twist. During the civil war in China more than six decades ago, Chinese people from all over the mainland immigrated to Taiwan seeking refuge. Once the war came to a conclusion, the Chinese people in Taiwan came together and blended their traditions to form a unique Taiwanese style for celebrating lunar festivals.

As per tradition, shops and markets in Taiwan sell staple Mid-Autumn Festival foods such as mooncakes and pomelos. However, local vendors also carry a lot of ingredients for outdoor barbeques during the festival, because grilling has become a must-do when it celebrating the holiday in Taiwan.

During the nationally decreed three-day holiday, the entire nation often visits friends and family for barbeques where people bond over stories under the beautiful moonlight. The practice likely came to be as a result of the sudden surge in the refugee population, where people were forced to get to know strangers to form communities and neighborhoods within a very short period of time. The tradition continues to this day, making the festival the perfect time to form new friendships while reconnecting with old pals. The practice is so popular today that the Taipei City government even designated 15 riverside parks to accommodate outdoor barbecues for the public during the annual celebration.

So, if you are a visitor to Taiwan, or are thinking about visiting Taiwan during the festival, make sure to stick around outdoors during the nation’s three-day Mid-Autumn Festival holiday. Who knows? Chances are that you will be invited into a local’s home to make new friends over some delicious barbeque and a couple of good beers. 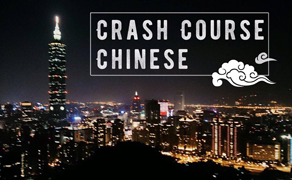